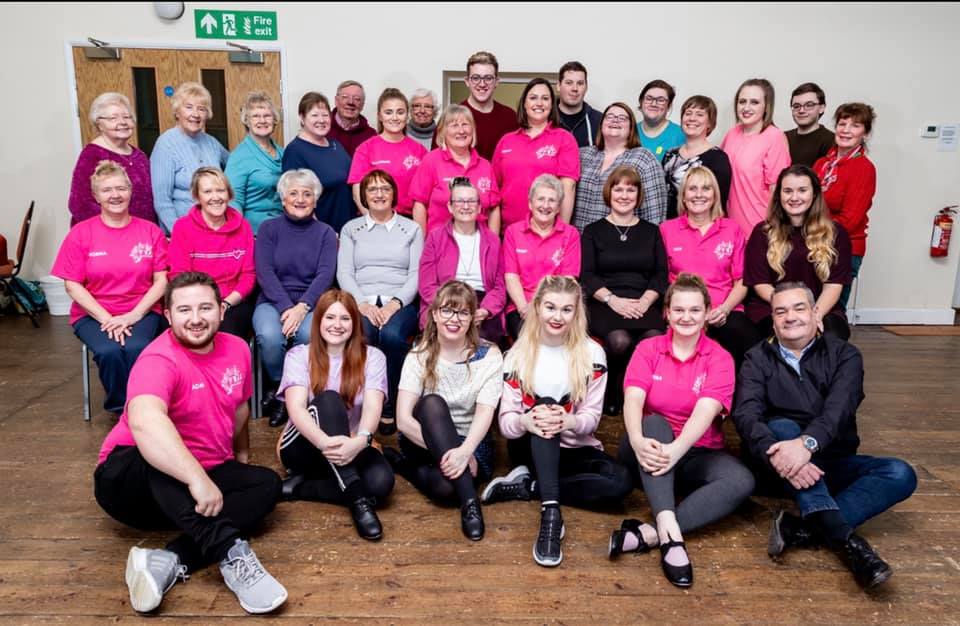 On September 29th 1949, a group of like-minded people met in Harraton Miners’ Welfare Hall (now Harraton Community Centre) with the purpose of forming a musical society. The rest, as they say, is history.

Harraton Colliery Welfare Amateur Musical Stage Society, as our society was first called, was the brainchild of members of the Bloomfield family, along with Mr. James Barras, who was the society’s first Musical Director. Sadly, he died just one month before the opening night of the first production, The Mikado, which was performed in February 1950. His place was taken by Mr. Tom Wardle, who was to remain with us in the position until 1957. Another long standing Musical Director was the much loved Mr. John Days, who was with us from 1961 until 1983, along with another stalwart of our society; Mrs. Mary Van Gaver, our pianist for many years.

Audrey Lawton (nee Young), is the only founder members still involved with us. The society took its name from the local colliery and in those early days, many of the miners and their families were involved with the group, not only on stage, but as stage crew and helping front of house. Indeed, many of the props required were often made by the tradesmen at the colliery.

The first 25 Productions were performed in the Welfare Hall, and then, 2 weeks before Hello, Dolly, our 26th show, the Fire Brigade came and told us we couldn’t put the show on in the hall because it would breach fire safety regulation. Luckily for us, St. Robert’s School came to the rescue and, with lots of hard work, we somehow managed to go ahead with the show. We remained there for the next 18 years, then had to move to Washington School, and were there until 2010, when we went back to St. Robert’s when the new school theatre had been built.

The Society has changed it name over the years, adapting to our membership demographic and the aim of the society.  The first change to Fatfield Operatic Society in 1967, then to Fatfield Musical Stage Society in 2005. We even rehearsed in the same hall, on the same day, at the same time as the miners and their families did all those years ago; Harraton Community Centre, Fatfield, on Thursdays at 7.30pm until December 2016, when the committee made the difficult decision to move our rehearsals to Trinity Methodist Church, Shiney Row.